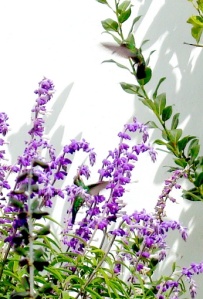 How an imaginary deity behaves? However you want them to behave.

One of the arguments used by atheists to refute the existence of deities is that every religion that’s popped up has been completely different.  If the Christian god God is the only god, why can people only learn about him from another Christian?  Why did the same belief system not get divinely communicated to a tribe in Papua New Guinea?  Surely an omnipotent god would have several lines of communication open to it.  You’ve got to admit, they’ve got a point.

But sometimes I wonder if atheists, in a bid to demonstrate that they are hardcore and not woolly agnostics, overlook a few possibilities about the supernatural powers that may indeed dwell outside our realm of existence.

It is possible that every deity actually exists. Maybe they’re all manipulative liars having a  competition to see how many humans they can lure into their religious net. They get one chance to communicate their message of choice to mankind and see just how far it can spread. The Jewish god God was given several bonus shots for good behaviour and has deftly used this to his advantage by jumping off in several politically astute directions from his seemingly modest base. Pachamama’s sitting tutting in a corner, as she thought she was on to a good thing for a while, but still has hope that New Feminism will result in a resurgence in support. Unnamed is similarly disappointed that going modern and trying to harness the 1950s space invaders craze has reaped little reward, but is chuffed to bits that he can count dashing celebrity Tom Cruise among his number.

I’m not saying it’s likely.  But it’s not completely outwith the realms of possibility.

← theism is natural
my conversion to a-religious agnosticism →

30 thoughts on “realms of possibility”