life through the lens of Christians 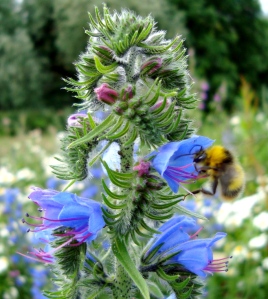 I’ve had a couple of enlightening exchanges with some Christians recently that left me scratching my head even more than usual. Let’s share these experiences.

Christians can have a seriously confusing view of the world. They see reasons, patterns and trends that are not based on evidence, but on fearful panic derived from belief in an old book of multi-authored ramblings.

Homosexual feelings are neither sinful in and of themselves, nor are they God’s design. They’re a natural result of the decay and chaos that runs throughout the creation.

How can decay run through a world that is constantly improving? Where’s decay in almost universal access to education? Where’s the decay in rising standards of living? Where’s the decay in scientific and medical developments that allow people to live longer and in less pain? Where’s decay in the development of generally agreed laws that express commonly understood limits of acceptable behaviour? Where’s decay in people finally realising it’s time to abolish discriminatory practices and allow same sex couples the same rights as heterosexual couples? Personally I’m relieved I live now and not in the ‘less decayed’ 1st century.

the personal relationship with the god God

Christians are always shouting about their amazing relationship with the god God. If you ask them how it’s possible that this god exists, given that he reveals himself as a different being with different opinions to almost every one of his followers, you may be lucky enough to receive an answer like this:

There are certainly elements of individual communication in a person’s relationship with God. But actual truth claims about God should not be derived through such subjective and tenuous pathways.

I guess I’m to understand from this that the ‘evidence’ Christians have of the existence of the god God, in their uplifting personal relationship, isn’t enough for them to believe that the perspective of any other Christians’ amazing relationships hold an ounce of truth. There’s clarity for you. Just as well only one interpretation of the holy book is up for grabs!

← the value of dogs
language for gods and atheists →

22 thoughts on “life through the lens of Christians”