lurking 6: I’m sick of hearing about the poor 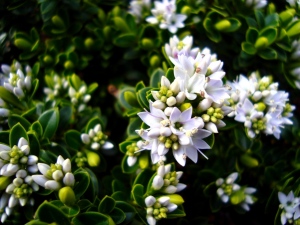 I’m delighted to have the opportunity to return to the lurking series, courtesy of my new best blogging buddies, Catholic Truth Scotland. This site is a goldmine of wayward Christian opinions, from a heretical offshoot of the Catholic Church. They are the perfect illustration of the strange directions easily taken by the many man-made religions that sprung up around the character Jesus. This comment on a post about Pope Francis, from someone who clearly believes they are a better Catholic than the new pope, has to be read to be believed.  Enjoy!

I have serious concerns about this pope. He doesn’t look like a pope and he doesn’t act like a pope. I wonder why he accepted the office of Supreme Pontiff if he didn’t really want it.

I’m sick of hearing about “A return to Gospel values”. What an insult to previous popes! Another thing, what exactly are “Gospel values”? It’s a phrase banded about by wooly headed incompetents, it is particularly favoured by those working in Catholic education, that sounds good but doesn’t actually mean very much. No one has ever been able to name these “values” when I have asked.

Forgive me, but I’m sick of hearing about the poor. If the poor are being oppressed then it is because the Faith has been lost. No government that is based on Catholic Social Teaching would oppress the poor. So, let’s get back to basics. Maybe the pope should concentrate on the Social Kingship of Christ instead of uttering soppy, stupid guff like “let’s be very close to the poor”. How can I be “close to the poor” living in the West of Scotland? Does the pope want me to go and hug a tramp sleeping under a railway bridge? What we should be doing is catechising and defending the Faith. God forgive me but this pope is starting to sound like Judas with his false concern with the poor.

How can a pope not want to talk about abortion? How can a pope “change the subject” when asked a question about it by journalists? Unbelievable. Is there any group more “poor” than the unborn? Naked and defenceless in their mothers’ wombs. Is Pope Francis really saying we should change the subject and focus instead on hugging the homeless?

I think this is a truly frightening pontificate. We now have a pope who seems to detest the papacy. What is really frightening is that he has an army of fans – including the secular press. I noticed a comment on a site last week saying “Finally we have a pope who is one of us”. The Supreme Pontiff of the Universal Church? The Vicar of Christ? God help us all.

← catholic truth scotland
what use are fairy tales? →

37 thoughts on “lurking 6: I’m sick of hearing about the poor”