facing up to reality – abortion and slaughter 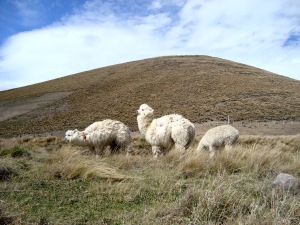 Most people would agree that humans in general should be thoughtful about their actions and attempt to avoid harm where possible. We shouldn’t continue with traditional practices just because ‘that’s how it’s always been done’ but should meaningfully question the attitudes we take for granted and explore ways of improving life.

I recently passed a group of young and enthusiastic anti-abortion campaigners on the street. Their message was subtle, yet they were obviously affiliated to a religious organisation. They were handing out pictures of 11-week-old foetuses, featuring bullet point development stages. When I questioned the motives behind the leaflet distribution I was told it was simply for information, because most people are not fully aware of the extent to which a foetus is developed at this time. I couldn’t argue with this. I too think it important that people making decisions are fully informed. We would do any woman faced with an unplanned pregnancy a disservice by pretending the contents of her womb are a cluster of random cells at 11 weeks.

However, we also do people a disservice by presenting the information that is only relevant to our position and leaving out vital information about other key areas, such brain development. The fact that at 11 weeks a foetus is not a sentient being was not touched upon in the leaflet. We also do a disservice to society if we allow people to stigmatise a legal procedure and further complicate the difficult choices many women make, especially when the most effective route to cutting down abortion figures is to avoid unwanted pregnancies. Decent sex education and easy access to free contraception are the most logical ways to approach this.

In this spirit of promoting full awareness in all our choices, I have a proposal. Another area where I think people are under-informed is in the sanitised presentation of foodstuffs. I propose that all premises selling the flesh of slaughtered sentient beings, such as supermarkets, butchers and restaurants, provide video presentations of how said sentient beings lived their lives and met their deaths. I don’t think it’s helpful if we hide from the reality of our decisions because it’s unpleasant. If it’s unpleasant and you wouldn’t treat the sentient animals in that way with your own hands, is it acceptable to ignore reality for sake conformity and temporary pleasure? Perhaps it is. But it’s still best to be fully informed.

← Pigs are as smart as dogs
do you like to troll? →

20 thoughts on “facing up to reality – abortion and slaughter”