why sin makes no sense – stealing 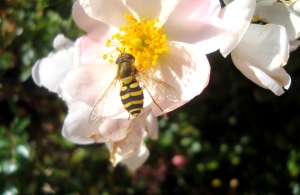 When it comes to over-simplifying choices we make in life and generalising on the usefulness of certain types of behaviour, the commonly used label ‘sin’ has a lot to answer for.

Let’s take a really straightforward ‘sin’ – stealing. Christians believe that without the god God magically transmitting what is right and wrong to our feeble minds, we would all be selfishly stealing whatever we wanted from each other. So, let’s look at a common ethical dilemma with a hungry child (to pull our heart strings) and think about what we can label as sin.

This hopefully illustrates that every action we commit or choose not to commit has an endless and unquantifiable series of outcomes that can hinge directly on that one action. We can talk about stealing in general to be a harmful behaviour, because if we all stole on a whim, society would be a complete mess. The impulse in general not to steal, could never be viewed as a ‘clever’ rule from an invisible benevolent god, it’s simply common sense for anyone who wants to live in a stable society.

The Golden Rule is the most useful principle to live our lives by. We can treat others as we would want to be treated, and love those around us like we love ourselves, and not do nasty things that we wouldn’t want done to us – and in the end we’re generally contributing to a world where less harm is done and there is less suffering.

Most people would steal a bit of bread for a starving child because that’s our natural empathetic response. It’s not wrong, it’s not a ‘sin’, and in the end it might just contribute to finding a global cure for cancer.

If you think an invisible deity is sitting with a mark sheet chalking up all your actions based on your intention, the action itself irrespective of outcomes, or the action based on the endless sequence of outcomes that hinge on it, you’re an narcissistic nutcase. And I mean that in the nicest possible way.

24 thoughts on “why sin makes no sense – stealing”