lurking 15: the argument against marriage 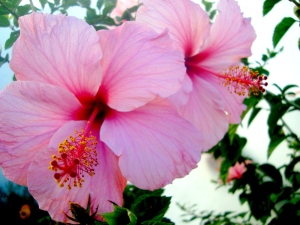 I’m reliably informed that from the age of 4, I wanted to get married to a succession of cute boys and have around 99 children. I considered each one in turn to be my one and only, with whom I would breed till my heart’s content, until the next one came along. Odd that as an adult both marriage and breeding became something I thought better of, and indeed had no interest in. I don’t really understand why people want to get married – if you’re in a relationship it seems enough that you both want to be together. But marriage seems to be a big deal in most cultures and perhaps there’s something to be said for the excuse for a celebration.

But my rambling opinion on marriage either as a child or an adult is of no interest next to the gem I came across today. This could possibly be my favourite comment of the month. Ladies and gentlemen, I present to you higharka‘s tax-based argument against marriage. Enjoy!?

Now, you probably don’t care to force churches to have their clergy perform marriages for anything they don’t want to–that’s just their thing, right? But when it comes to the state sanctioning marriages, the situation changes a lot. It costs billions of frickin’ dollars every year to record, monitor, tax-incentivize, dissolve, and enforce the monstrous system of state-licensed marriage. As soon as gay people start getting married everywhere, too, even more food leaves my children’s mouths and goes away to family court judges. If I don’t want to pay for their family court judges to supervise marriage and divorce proceedings, and for armies of tens of thousands of clerks to file and process paperwork, then police come to my home and shoot me dead.

So “state marriage” is a serious deal. Of course it should be done away with, all of it. it is absurd that we take so much money from people at gunpoint, then waste so much of it on validating someone else’s emotional commitment. Government agents have no more place “authorizing” preachers to marry a couple than they do putting cameras in the couple’s bedroom to see how often the marriage is consummated, and in what ways.

And of course it’s wrong for the religious to want to use government policemen to force the collection of taxes for heterosexual marriage. That stuff should be left to churches. Giving the government a hand in Christian marriage has not only been tremendously expensive for Christians, it has perverted and destroyed their idea of the thing anyway.

Why don’t we all just agree to leave marriage where it belongs–with people who want to get married? I shouldn’t have to pay $37.15 in state taxes every month so that Britney Spears can get married to everyone in her Rolodex for five minutes.

31 thoughts on “lurking 15: the argument against marriage”