the journey from theism to atheism 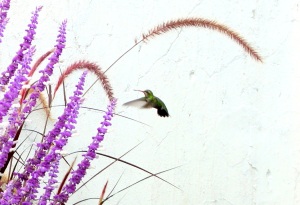 I am an ex-atheist, I have a working memory of what drove me there. anaivethinker

I was brought up in a very religious household. Although I must admit the variety of Christianity was nothing compared to the toxic type I learn more about every day here in Blogland. Like most people I speak to who were indoctrinated from an early age with some form of religious belief, the deconversion process was quite long, but I think comparatively not too painful.

Let me give a quick breakdown:

These journeys are all personal and particular to our circumstances. While I describe my upbringing as ‘very religious’ in terms of density of activities related to the household belief system, it wasn’t a guilt-inducing, fear-instilling and ritualistic brainwashing brand such as Catholicism or Fundamentalism. Now, anything along those lines, when applied at full force, I have observed can take a whole lot longer and have a much bigger impact on deconvertees. Also, I started the process in my late teens/ early 20s, so I didn’t have an adult-lived life to overturn, re-evaluate and despair over.

Now, I couldn’t care less when the I am charged with the notion that I was ‘never a proper Christian’. In fact, I love it. I wish it was true and I didn’t have all those wasted years of delusion and confusion. Unfortunately I’m too familiar with too many types of Christians who think every other type of Christian isn’t a proper Christian. It’s a comedy accusation and reveals more about the nature of the arrogant and deluded religious mind than anything else.  So, I’m hesitant to suggest to a Christian who thinks they went through a deconversion at some point in their life that perhaps they never truly experienced atheism. After all, any number of swings and roundabouts when it comes to belief are possible.

What I would like to suggest, however, is that if you only experienced ‘atheism’ for one day, one year, or even five years, it’s perfectly possible that you were in a period of questioning, assuredly to the extent that you could deny the existence of your god, but perhaps not to the extent that you could truly feel released from the ingrained neural pathways of indoctrinated belief. Because, believe me, even from my relatively ‘light’ experience, it can take a long time to get there.

← complementary comments of the month
Test your knowledge of the Gospels! →

40 thoughts on “the journey from theism to atheism”