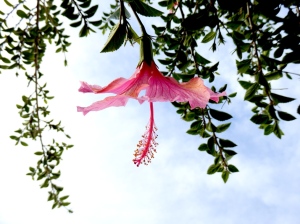 I’m part of a traditionally oppressed minority group. I was born this way and there is nothing I can do about it. I’ve tried to fit in with society and be like everyone else, but the truth is I’ll always be a redhead.

In 15th-century Germany, redheads were seen as witches – 45,000 were tortured and murdered. Meanwhile, Egyptians burned gingers alive, and the Greeks reckoned they turned into vampires when they died. (The Guardian)

People like me have always faced hostility from the dull-haired majority, and as the article linked to above discusses, many of us still do.

But thankfully being a redhead in 2015 isn’t quite as dangerous or as reviled as it once was. For instance, it’s unlikely that anyone would compare my ginger minority group to child molesters or murderers.

Unfortunately for gay people living in 2015, it may be a few more decades before a lingering ignorant minority get the hang of the fact that two consenting adults sharing in acts of physical love isn’t comparable with harmful, criminal acts.

God loves the homosexual man while he is sodomizing his partner.

God loves the gang banger while he is pulling the trigger of his gun.

God loves the prostitute while she is servicing her client.

God loves the child molester while he is violating that precious little one.

God loves the atheist soldier in a godless country while he is torturing Christians.

In the deepest, blackest night of our sin, God loves each and every one of us. Only a profoundly, unfathomably good and kind God could, or would, do such a thing.

Only a profoundly, unfathomably ignorant and indoctrinated person could make such a comparison.

← mexican woolly sage
why are christians obsessed with gay sex? →