what should a gay christian do? – part 2 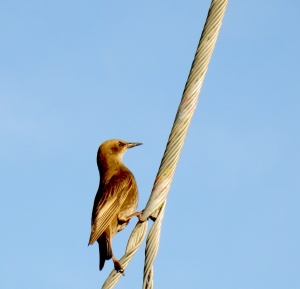 There are lots of Christians willing to share their understanding that homosexuality is a sin. They base this belief on a scattering of passages in the Bible that condemn certain types of promiscuous homosexual sex, as well as things like promiscuous heterosexual sex, people who drink or eat too much, or people who don’t give enough to the poor.¹

This type of Christian is adamant that their god would not be in favour of gay people enjoying the same kind of long-term committed relationship that heterosexual people enjoy. So, the question remains – how do they think a person who experiences exclusively same sex attractions should live their lives in terms of romantic love?

I asked this question to a few Christian bloggers and received the following suggestions.

“if they are basically gay, then non-marriage and non-romance may be best. This does raise questions on loneliness though. And I suspect that those who are single are best to share accommodation with others, and maintain good platonic friendships with others. … If you consider how Catholic priests seem to achieve long-term singleness, you realise it can be done.” Statis Online

“Since biblical times, that is precisely what we have been called to do, no matter how miserably we fail or how often or how many of us fall short. Marriage or celibacy, those have always been the options.” Insanitybytes

“When it comes to ANY sin abstaining from it is always my answer. I can’t tell anyone to stop being gay, no more than anyone can tell me to stop being an adulterer. However, I am conscious of my own sin, and when temptation rises I run from it instead of engaging.” rejie74

What these Christians fail to recognise, is that when heterosexual people choose to get married or stay celibate they are making an easy relationship choice. If I meet someone I love, I can get married. If I decide I don’t need sex, I can be celibate.

Let’s be honest about this – most people who ‘choose’ to be celibate as a heterosexual, do so because they either have a stunningly low sex drive, or they haven’t met anyone they want to have sex with who wants to have sex with them, and when they do meet someone they are attracted to will likely regret and recant.

“Now granted, God could DEFINITELY deliver an individual from any sin, disease, or problem — Cold Turkey — but that’s just not really the way He operates. Full deliverance from some sins, diseases, or problems may take days, weeks, months, years, decades, heck, it could even take a lifetime.” fzabierek

The alternative for gay Christians living their lives with no hope of a long and fulfilling romantic relationship or any kind of sexual pleasure, is to wait for the god that created them to ‘cure’ them. Because you have ‘sinned’ by being created not being attracted to the opposite sex, apparently in the same way as you might sin by lying or committing adultery. But remember, delivery could take a lifetime.

Maybe it’s just me, but I can’t see that any of these Christians have offered a sensible suggestion for how gay Christians should live their lives in terms of romantic love. Anyone have any other suggestions?

← what’s going on over at the bigot’s place?
a challenge to christians →