another challenge for christians 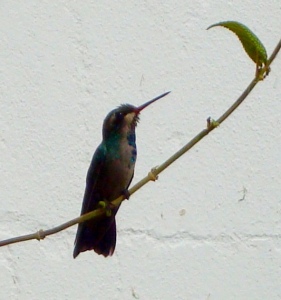 I recently issued a challenge to Christians which received little or no uptake. Not deterred, I’ve thought of another one which I’m sure will be better received.

For truly I tell you, until heaven and earth disappear, not the smallest letter, not the least stroke of a pen, will by any means disappear from the Law until everything is accomplished. (Matthew 5:18)

I’ve been told on many occasions that my understanding of Christianity and the Bible is somewhat lacking. So I’m asking my Christian friends to help me navigate my way through their holy book. The verse above has me stumped. Why are Christians not stoning disobedient children? Why do Christians freely feast on the flesh of dead pigs? Why do Christians work on Sundays? Why do Christians allow illegitimate offspring in their congregations?

My challenge to Christians is to find me the passage in the Bible which explicitly and clearly explains that they can ignore the vast majority of laws that were established by their eternal and unchanging god in the Old Testament. If someone can pinpoint this clear explanation in the Bible, I’d like them to then explain to me why it doesn’t directly contradict the above quote attributed to the character Jesus.

Or did heaven and earth disappear?

← coincidence, tragedy and other acts of gods
what two questions does every wife ask that most husbands don’t even hear? →

206 thoughts on “another challenge for christians”