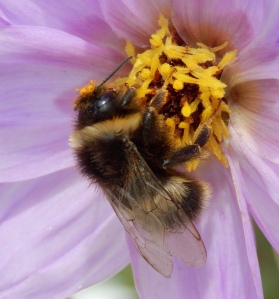 The Author of my faith has limited marriage to a man and woman. He said the two, and only two, shall become one flesh in this union. (Katy Faust on askthebigot.com)

Australia is facing the legalisation of gay marriage quite a bit later than most of the rest of the western world, which is odd for a country that seems progressive in many other ways. The matter is still far from settled, with calls for a plebiscite or referendum in the next year or so.

So, Australia is the new playground for the Christian anti-gay brigade and their ‘loving’ version of denying people the right to marriage equality. Katy Faust is one such loving Christian bigot (who finds it ironic to call herself this on her blog, askthebigot.com).

Katy is playing the role of an “American academic raised in a same-sex household”. Let’s be clear about a few things:

There is NO “homosexual lifestyle” or homosexual behavior of any kind condoned in scripture. In fact, the ONLY sexual activity encouraged is sex within marriage between a husband and wife. (Katy Faust)

My parents divorced when I was in fifth grade.  A year later my mother met and fell in love with her partner. (Katy Faust)

Here’s my personal conclusion: people are not “born gay.” I think that there is a possibility that biology plays a modest role, but not necessarily a definitive role. I think social and emotional brokenness (hurt, rejection, trauma) contributes strongly to same-sex attraction. (Katy Faust)

As I’ve detailed in a previous post, Katy uses her loving-in-tone but vicious-in-message blog to campaign against gay people having fulfilling lives as part of the community:

I hope the people of Australia can see Katy as she is – the product of a disrupted childhood warped through the lens of religious bigotry. For more (and possibly uglier) information on Katy Faust, see Pink’s series.

← make your choice – who was Jesus?
abortion: the context of faith →