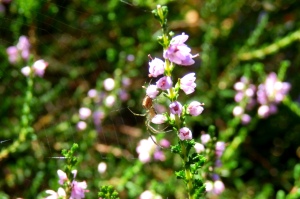 Angus’ appeal fell on deaf ears as British MPs last night voted overwhelming to drop bombs on the people of Syria, in a bid to destroy a terrorist organisation causing untold misery there and threatening to disrupt our peaceful lives here.  Apparently, lessons from the past do not have any relevance, and the base human urge to destroy our enemy is not touched by logic or common sense.

We must now confront this evil. It is now time for us to do our bit in Syria. (Hilary Benn MP, Labour)

For those who don’t know, ‘doing our bit’ is a rousing call to the heart of every proud British citizen. Obviously it’s completely meaningless, because ‘doing our bit’ doesn’t need to be anything remotely useful – just as long as we’re seen to be supportive or important on the world stage. It makes one feel all warm and fuzzy inside, perhaps brings an emotional tear to the eye, to be ‘doing our bit’. But again, we don’t need to analyse what a sensible or constructive form of ‘doing our bit’ would be – as long as we’re chipping in with fatality statistics, everyone will know we’re a team player confronting evil.

We are against the UK strikes on Raqqa. All the world is bombing Raqqa and the UK will not make any change in the situation. If the UK wants to help people then it should accept Syrian refugees and not close the border. Just bombing IS in Raqqa from the sky will not defeat IS, but it will make people suffer more. IS will use the UK strikes to recruit new people in the West and new fighters and maybe they will carry out terrorist attacks. In the end nobody will liberate Raqqa except the people of Raqqa. (BBC)

This kind of complicates things. Armchair analysis and emotional appeals to (abstractly) help our allies can lead us to believe the best course of action is bombing. But it gets a bit awkward when people actually living there, confronting the evil of ISIS/ISIL on a daily basis, do not want to be bombed. And, furthermore, their armchair analysis coincides with anyone looking at what has happened in recent history and they conclude bombing will help recruit more terrorists.

What about the Free Syrian Army? They’ll understand, right? They’re military people fighting to the death for their nation. They’ll be delighted to hear they have more air support, right?

The Assad regime is the cancer which ISIS (Islamic State, also known as Daesh) grow out of. So without erasing Assad from power – which means treating the cure, not just symptoms – that will not make a big difference. Daesh and Assad are two faces of one coin. You should start with Assad but we understand they’re not going to hit Assad. With air strikes and partners on ground, that could finish IS. We’re frustrated with the whole international community – not just the UK.

Just as well The West Knows Best, and we have so much success in meddling in Middle Eastern politics.

So, the final word on the British vote and the superficial nature of political decisions comes from Mhairi Black, SNP, the youngest MP in the British parliament:

Very dark night in parliament.Will never forget the noise of some Labour and Tory cheering together at the idea of bombs falling

← what’s wrong with this picture?
freedom of speech →