caught in the middle – are gender differences real? 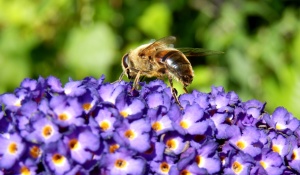 A teacher in the USA recently got caught up in a mini-storm about how she managed play in the classroom. In an effort to ensure that girls became more accustomed to using building blocks, with their associated developmental advantages, she actively discouraged and even refused access to boys, for an initial trial period.

Ms Keller presumably believed that society encourages the direction of play for children based on perception of gender, and this create artificial gender constructs – along the lines of ‘boys play with building blocks’ and ‘girls play with dolls’.

What did Christian conservatives generally make of her action? Let’s have look at one opinion:

The obvious problem is that Ms. Keller doesn’t get to decide what children are interested in because gender difference is not, as she desperately wants to believe, a “social construct”. Gender is a reality and as a result males and females, of all ages, tend to favor different activities. (Askthebigot)

To be honest, I agree with some of what the Bigot has to say here. I think it’s true that gender differences are a reality. It’s a obvious fact when we have very different hormones influencing our behaviour and therefore our actions and interests. And this is where I clash with some feminists:

What characteristics Violet? Just what? Nurturing, caring, emotional, illogical? Are those real characteristics or the ones we are all brought up to believe in? Next you’ll be telling me women should be teachers and nurses but men should be doctors and headmasters. (I use headmasters specifically and deliberately here) Unlike you, I do think attribution of gender-specific characteristics are derived from a patriarchal system. (Roughseas)

Of course, this argument falls apart with any rudimentary glance at studies in gender specific activities chosen by non-human primates. It’s clear that while some behaviours are learned from society (even in chimpanzees, if you read the whole article below), others have an obvious biological basis:

The idea that gender is pure social construct is further challenged by studies into people of intersex gender who:

demonstrate that in the absence of sociocultural factors that could interrupt the natural sequence of events, the effect of testosterone predominates, over-riding the effect of rearing as girls. (New England Journal of Medicine, 1979)

Because although I recognise there is a general tendency within both males and females to be attracted to specific activities, I don’t think this is a black and white issue based on rigid creation rules that ‘should’ be followed. I recognise that some women will have higher levels of androgen, making them likely to be more interested in stereotypically male interests, and some men with lower levels than average might be more likely to be attracted to nurturing opportunities. And some people will simply defy our ability to explain their behaviour and preferences.

But, most importantly, I recognise that within our unhelpfully imbalanced society, we push children into specific activities, above and beyond what any study of general primate interests tells us is natural. I recognise that both females and males are being denied opportunities based on these prescribed gender roles, limiting the potential and freedom of development of all children.

So, when one teacher introduced a half hour section of play, in a trial that was to last a month and aiming to overcome these prejudices, ultimately encouraging all children to make use of all toys, and redress an imbalance created by misleading stereotyping dominant in our society, I am pleased.

When everyone and their dog jumps up and down in fury that boys were being denied lego for 30 minutes a day, to encourage girls to make use of such an educationally rich resource, I feel dismayed that useful conversations and interactions about harmful gender constructs are being highjacked by the Victims of PC with a twisted organ to grind. And I feel caught in the middle that I acknowledge that some gender differences are, in fact, real.

38 thoughts on “caught in the middle – are gender differences real?”