why do you champion oppression? 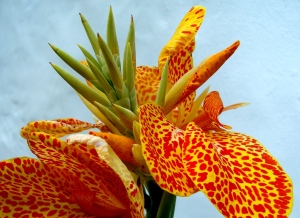 The question of whether abortion should be legal seems to polarise public opinion, particularly in the USA these days. As part of the trend for strangers to decide whether individual women choose to host another growing human being in their body, there are a lot of posts talking about ‘genocide’, showing horrific pictures of mass graves of murdered people. Here’s Wally, linking to one such post.

In terms of this emotional reaction, I’ll be the first to admit that if I saw a pile of terminated fetuses (which presumably we’re supposed to imagine), I’d be sad, undoubtedly horrified. But I’d have to analyse exactly what that meant: no actual agonising pain or suffering that fully developed humans who are murdered go through; no individual life in progress, with a sense of self, that has been deliberately cut short due to irrational hatred.

To the people who want to remove a woman’s right to choose safe and legal termination of an unwanted pregnancy, I have to ask: why do you champion oppression?

Why do you think your sense of sentiment over a life that never was should condemn a woman to months, possibly years, of physical and psychological torture? Why do you think it is good for unwanted children to be forced into existence, given all we know about the effects of poverty and lack of parental attachment?

But most of all, why do you campaign to outlaw abortion, instead of focusing on ensuring birth control is easily available and free, and comprehensive sex education is universally delivered, thereby significantly reducing the numbers of unwanted pregnancies in the first place? Because even taking into consideration the strongest misdirected emotion in the world, the only answer I can find to this final question, is that the main concern of the anti-abortion one-pronged attack, is oppressive control over women.

35 thoughts on “why do you champion oppression?”