the dawning realisation that I’m sexist 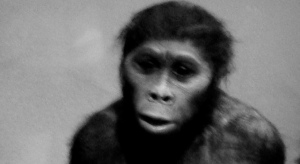 It’s odd to think of the vast amounts of prejudice and discrimination we absorb in our lives. I like to think of myself as a champion of logic and equality: acutely in tune with the load of unconscious bias that I’ve undoubtedly accumulated through experiences in society; able to see individuals above and beyond stereotypical group characteristics.

But in recent weeks, as I’ve delved further into various corners of radical feminism, I’ve come to realise that my journey through life has left me undeniably sexist. Experiencing life in our unequal society, it’s difficult not to absorb ideas that raise one group of people above another, in the darkest recesses of our minds.

Don’t get me wrong, I feel sorry for men. Their experience of life can never match that of a woman.

From the most basic starting point, their appearance screams a one-dimensional existence. They are creatively constrained in how they present themselves, almost manacled in most societies to the dullest colours, fabrics and cuts – nondescript and characterless from head to foot. Let’s not even bother talking about bad complexions and blah hair. And yet they rarely have the wit to challenge these conventions, sticking doggedly to expectation and blending into concrete buildings like mindless worker ants.

But appearance isn’t everything. I would be a superficial fool to make sweeping generalisations about groups of people based on how most of them they look.

Many men struggle to communicate effectively, live in bubbles of themselves, while outwardly projecting the ‘competent male in control’ they believe is expected of them. It’s embarrassing. In large groups they often behave like our primate cousins, knocking their chests in primitive competition. And their favourite pastimes, their most passionate moments, so often involve knocking a ball around a bit of grass – seriously?

But it gets even worse. Being female is an experience on a merry-go-round of feeling and emotion – for most of our lives our bodies move in monthly cycles that take us on journeys most men can never imagine. And that’s before we even grow a whole new human within us. We experience life from so many more perspectives and have a richer, more rounded aspect to understanding life. Don’t get me wrong, bland and static tunnel vision can have its uses, can achieve a lot. But experience? No comparison.

So increasingly throughout life, I’m realising that I have applied my understanding of the limitations of men to my treatment of them. I don’t take them seriously. They are so often arrogant blowhards riding on the back their perceived status in society. Do I want their ‘status’? No, I don’t. I’m embarrassed for them that they blindly grab it from generation to generation, and so many of them believe they should be entitled to it. Their ‘status’ has made them war fodder, ruthlessly exploited workers for someone else’s benefit, and mindless violent idiots on power trips, since time began.

When it comes down to it, I don’t see men as fully human. My default human is female.

Confession over. Unconscious bias identified. I’m going to make an effort to treat every man as an individual, whose capabilities and life experiences could range over just as wide ground as those of women. I may be sexist, but I’m dealing with it.

← being a mere woman
a discussion about selling sex →

41 thoughts on “the dawning realisation that I’m sexist”