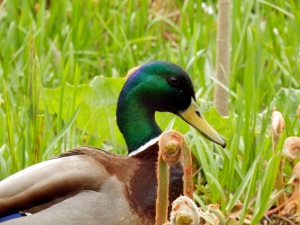 VR Kaine gave a great comment about lack of success in leftist movements being down to poor leadership and a culture of ‘loserism’ (which I assume is a synonym for ‘victimhood’, discussed in the previous post).

Have a chew and see what you think:

Much of the advice the left seems to follow comes from pure loserism (whether it’s re: feminism, atheism, race relations, Occupy, etc.) which is why they often keep losing.

They make their mission statements far too broad (such as the ‘vital change’ one you mentioned), they desperately try to include anyone and everyone in their ranks and they get so hung up on a whole bunch of labels they do much more to divide then actually conquer. First-wave, second-wave, third-wave, radical, whatever. Label = loser.

It’s the same with the right-wing calling themselves “Reagan Conservatives”, “Libertarians”, “Constitutionalists”, “Tea Partiers”, etc.. You’ll immediately get scoffed at on some level and lose credibility because everyone knows true leaders don’t give themselves labels.

And as for the labels people on the left often give themselves, they’re often outright ridiculous. At best they’re simply compensation mechanisms to make up for serious leadership inadequacies, and at worst the labels are utterly useless as far as results or concerned. Lots of flash, zero fire, and pick practically any cause the label-loser-left has tried to get behind. Occupy? Bernie Sanders? Race relations? Easy to write off minimal achievements as the result of some big bad white patriarchy out there, but the fact is the lack of true leadership inside any of these movements meant they hardly ever had a chance to achieve anything to begin with. Al Sharpton is no Martin Luther King, Sanders is no Karl Marx, and Watson is hardly a Gloria Steinem or Sheryl Sanberg.

Usually by this point I’ll get some line like, “(my movement) isn’t about some person or some figurehead – it’s about each of us as individuals coming together (blah blah blah)” which right there tells me it’s doomed.

Whenever you see a lack of results you’ll always see a lack of leadership. The lefties haven’t had much leadership for a very long time and yes, I believe the vacuum caused by it often ruins any causes they pretend to support.

The right has the same problem right now, too.

I think it’s a really interesting perspective to consider, and I’m genuinely drawn to a lot of what he says here.

I assume VR Kaine is a white, middle class, heterosexual man, but I could be wrong. He longs for the days when the White Man was in sole charge of affairs and leaders concentrated on the concerns of people like him. That’s what conservatism is – maintaining the status quo for the group of people who hold most power, for whom life is easiest.

It’s a simple task to find a power-hungry man eager to live out his narcissistic dream of leading people just like him. No need to label or even think about any other groups of people (unless you’re totally desperate for their vote).

On the left, considerations are a lot more complicated. We want equality and social justice. There are a lot of issues that need to be taken into account, and, in order to do so, they need to be given a label that identifies them. New words for previously unidentified inequalities aren’t ‘utterly useless’ unless you think it’s best for them to remain unaddressed.

The perceived lack of leadership is another understandable side effect. What true believer in equality could actually want to lead? Do we need ‘leaders’ in the traditional sense, or do we need elected representatives and a revolving mouthpiece for communication purposes?

VR Kaine’s comment has made me ponder the limitations in our current structures in society – politics as a game which you win by leading, by being dismissive of others and forging on in a mindlessly personal path. The structure we need is effective administration directed by a representative group of elected members of the public, who understand the issues facing of all corners of society, encompassing every label we have and more to come.

Revolution, anyone? The Lefty Loser Labeller party could be a winner.