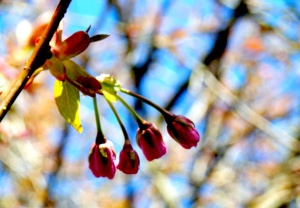 As far as conventional schooling goes, I’m not sold on the idea of young children being indoors for most of the day, sitting on chairs at desks, and following orders. I worry that cool individual quirks will be lost under pressure to conform, playground politics will become Life, and rigid homework schedules will infringe on free time.

But homeschooling? I immediately think of religious indoctrination techniques, children being isolated from society in a potentially dangerous manner, and sheer boredom.

To be honest, the idea of either me or my partner spending the next two decades preparing and delivering lessons on every subject under the sun is horrifying. From a purely selfish angle, I can’t imagine either one of us giving up the escape/rest of paid work to spend what would necessarily be almost every waking hour attending to the kids. Could anyone cope with such strain?

And, please, don’t anyone tell me this happened naturally in some fictitious “good old days”. In every society, at every level, siblings, grandparents, neighbours shared childcare and work. Children “naturally” learned by observation, not modern tuition, even when no kind of formal school setting was available.

The idea of limiting their potential social circles, limiting their network of influence, denying them the variety of focused adult input that schools provide, would be concerning. Schools provide a safe space for children to develop and learn, away from direct parental influence: a chance to learn to freely express themselves as individuals free from whatever baggage and bias all parents carry.

Also, where’s the humility? I don’t know everything. I’m not the best teacher. I’m so happy there are trained and competent adults out there willing to share their knowledge with the next generation.

There are a number of reasons we’re unlikely to ever need to seriously consider home schooling our kids. Most importantly, I’m not a member of a paranoid religious cult. In the majority of cases, this seems to be the motivating factor for parents removing their kids from mainstream society – hiding from the influence that commonly understood facts could have on the brainwashing exercises that are their children.