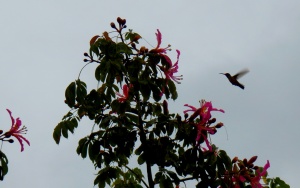 In Scotland we’ve had two referendums of some significance in the last two years. In 2014, we voted on whether Scotland would leave the UK to become an independent nation. Today we vote as part of the UK to decide if the UK leaves the European Union.

In 2014, I felt excitement about the admittedly risky prospect of positive change – aiming to keep Scotland part of a free-flowing larger political collective but as an independent nation that made more administrative sense. I felt no sense of nationalism in marking my ballot paper with a YES, I simply felt it was a pragmatic decision that would benefit all societies in the UK in terms of political organisation. But I still felt something resembling relief when my preference was not in the majority – life continues as before.

This year, I felt rather furious as I entered the polling station: furious that fear, ignorance, selfishness and misguided nationalism heavily laced with xenophobia have all pushed us to this point. I can only hope that tomorrow there will be no change and life will continue as normal.

From a purely personal point of view, I love that fact that if I ever decide I want to live in France or Spain, I can just head off and do it. I love that our city is full of people from all over Europe, and that we free flow across borders, as and when we wish. From a practical point of view, I applaud that we pool resources, trade freely, have other cultural influences on our governance, and have another layer of legal protection.

Tomorrow morning if the result tells us we’re leaving Europe, it will have even greater significance for Scotland. I suspect it would drive immense popular support for our third referendum in short succession – once again on Scotland leaving the UK. And this time, if the UK is out of Europe, it’s highly likely that Scotland would chose to leave the UK in favour or renegotiating entry to the European Union as an independent nation.

I hope we don’t have yet another referendum.

← minimal expectations from eternal benevolence
the sins of the EU →

33 thoughts on “not another referendum”