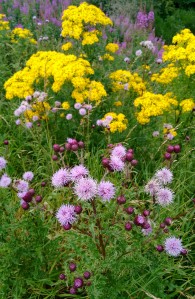 The argument [for abortion] is remarkably straightforward and emotion-free. (John Zande on Random Thoughts)

Makagutu links to a very interesting article in his post On Abortion, which has numerous examples of anti-abortion women believing there is a moral argument for their own abortion, but not for any other women. It’s an eye-opening piece that reveals the complexities of individual lives, and the difficult decisions that almost all women have to consider at some point in their lives.

Whether because of rape, error, faulty contraception, poverty, physical complications, or simply sexual excitement over-riding logic, there must be few women in the world who haven’t had to ponder what on earth they will do if their next period doesn’t arrive. And whether they believe it’s generally ‘moral’ or not, termination is, and always has been, a main option on the table.

But imagine my surprise when I scrolled through the comments and found my dearest blogging buddy, John Zande, claiming that the argument for abortion could be either straightforward or emotion-free.

Straightforward? If the argument could ever be straightforward, we wouldn’t see endless discussions from every perspective on every aspect of pregnancy termination. When is it okay to terminate a pregnancy? At what point does the life of the baby become a concern that overrules any decision the mother might want to make? Can the sperm-donor man ever have a say? I personally believe it’s the woman’s decision at all times, but that doesn’t make the argument straight-forward.

Emotion-free? Emotion-free? Pregnancy is an intensely emotional time that could never be emotion-free. The prospect of choosing whether to continue to attempt to grow an already developing mini-human that carries half your genes is unlikely to be free of emotion. And the abortion argument clearly cannot be disconnected from the reality of the procedure.

I think when we confront the often unnecessarily emotive and unscientific arguments from the anti-abortion lobby, arguments that utterly refuse to acknowledge the realities of life for billions of women, we only damage the pro-choice argument by suggesting that abortion is anything less than it is. Every woman should be free to make this choice in the context of their own exceedingly complicated, individual circumstances, and unencumbered by the unrealistic notion that their level of emotion when considering the arguments should be zero.

The argument for abortion is both complex and exceedingly emotional. For most people at least.