why are we here? 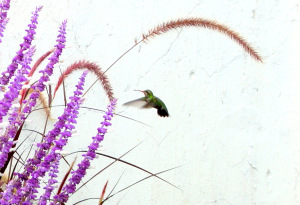 Atheist logic says omelettes (and human beings) just appear from nothing and for no reason.

Although this quote is quite worthy of my good blogging buddy Silence of Mind, it actually comes from John Branyan. We’ve been having this discussion on and off for a couple of days now, and as our current form of communication doesn’t seem able to generate any movement in the dialogue, I thought it would be useful to dedicate a post to the overarching question here: what do human beings understand about existence?

My answer is: very little. We are unimaginably tiny inhabitants on a speck of dust in an infinitely huge universe. We haven’t even started to explore our own solar system, which in itself is an unimaginably tiny speck on dust in even our tiny galaxy. So, when it comes to discussing existence, which has plagued the minds of philosophers and holy people from the very beginning of mere human existence, let’s remember that the vast body of knowledge we think we currently hold, is only a small part of a journey we are unlikely to complete.

So, bearing this in mind, it seems laughable to issue the false dilemmas of the kind Branyan is so keen on, such as:

Either the universe is intentional.
Or it isn’t. There is no third option.

There’s no third option because the two options are false. When we talk about ‘intention’ and ‘creation’ we are attempting to place existence in the same rigid and blinkered framework that philosophers have been struggling with forever. I think it’s immensely valuable to have these conversations, which are rooted in the very earliest belief systems of our species, but to continue to think they make sense seems more than a little naive.

The conversations that humans can most usefully have about our existence are ones that help understand what we are, what our motivations are, what our history is, and what our paths for the future could be. Religions are key to the foundations of these discussions, because they are in the very bricks that kickstarted our civilisations. They provided cohesion and formalised moral codes to help make stable societies.

But in light of the knowledge we now hold about ourselves, we have to be honest that religions were generally created by humans in times of relevant ignorance, their success is easily explained by the psychological and practical benefits they had, and that there is a complete lack of measurable evidence that any of these gods ever existed.

Some atheists think that existence appeared from nowhere, and some may well think it was for no reason. But I suspect that many atheists are like me, and think these questions which are framed by our religious past, are of absolutely no relevance.

We know we exist, we know there are things about this existence that are sublimely wonderful and worth developing to make our lives, the lives of any offspring we have, as enjoyable as possible. In fact, I also think that even just so that lovely things like trees are growing, even if no sentient being is there to enjoy them or reap the benefit of them, it would be worthwhile protecting this planet. Because maybe there are no reasons we will ever comprehend.

← what atheists are supposed to know
why I’m transphobic critical →