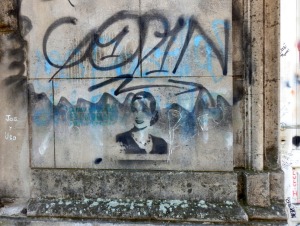 I really don’t think men devalue women, apart from the sex-object thing, as much as feminists do. Feminism seems unhappy that women aren’t men. From where I sit, that seems like a form of hatred, of misogyny. (Rebecca LuElla Miller)

The ever misguided (but well-meaning) Becky has a post claiming that feminism is misogynistic. How does she come to her conclusion? She looks at the stereotypical roles women traditionally have in society and claims these are the very essence of a woman, and so concludes that to criticise the limitations of some of these roles, is to criticise women themselves.

To be fair to Becky, I do see something valid in her concern that in an attempt to redefine the worth and contribution of all members of society, feminism can tend to strip away or minimise natural characteristics that may be more typically female than male.

I personally don’t object to the notion that our biological composition makes women more likely to be softer and more caring, and makes men more likely to be physically stronger and interested in football. I just think that every individual, regardless of their biological sex, needs to be free to express themselves in a way they feel most comfortable, without these stereotypical expectations. I think that once we start to release people from these expectations, we might be surprised at the diversity of natural expression we find within us all.

But the most important first step in this, when it comes to being a feminist, is the need to push for a society where everyone has equality of opportunity. To do this, we need equal representation in government, in the media and in schools – in key decision-making and influential roles. And I think we need to recognise where women and men face real barriers simply because of their sex.

I don’t think feminism is simply about women; it’s about human beings and how we all function together in our evolving societies. It’s also about recognising that many of the ‘norms’ in our society are built on the mistreatment and marginalisation of women, usually on the back of religions that have encouraged this tendency. Here are just a few examples of the horrific foundations that have brought us here (courtesy of Valerie Tarico):

← what morality means
comment of the month – conservative gender roles →

3 thoughts on “is feminism misogynistic?”