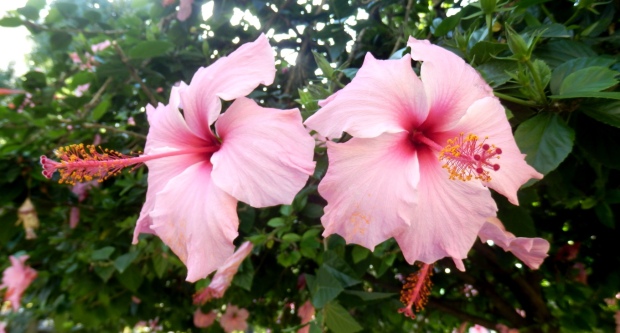 I don’t know how it affects others, but the performance of my brain seems to have plummeted since I had kids. My short-term memory, long-term memory, vocabulary and attention span have all taken a plunge now that my days are just about getting to sunset, hopefully unscathed. And it’s impossible for me to tell how much other factors (crossing the 40 threshold, perimenopause kicking in, changing to mainly vegan diet, pre-senile dementia) are all conspiring to intensify the effects of this changed lifestyle.

Nevertheless, our annual visit to the land of in-laws gives me a three week window to attempt to reconnect with the blogging addiction and catch up with all therein.

On initial reacquaintance with blogging buddy ColorStorm, I was reminded of his sweeping and elegant prose, littered with evocative yet largely irrelevant (from my perspective) metaphors. Here are some snippets from the last few posts.

….truth and lions go hand in hand- that’s one reason why many past customers at my blog have fled for the hills. ….

….True statement. Creation is the science of truth. Evolution is the religion of fools. ….

….I do so enjoy the word ‘plane,’ as in horizontal, ‘level,’ as in sea level, and aeroPLANE, as in traversing something horizontal. ….

…. And the truth will still remain the truth. Truth has the property of water. Level, unassuming, and always correct. ….

Trying to work out what exactly ColorStorm believes, and why he believes it, can be tricky. It involves lots of unanswered questions and wading through long and fanciful comments. My understanding is that he is one of those literal Bible reading Christians – they believe their god did exactly what it says in the Bible. No myths, no metaphors (ironically), all fact. But there are also allusions to the world being flat – is that because there’s a bit in the Bible where someone says a ship will sail off the edge? Something about four corners? I have no idea.

Perhaps as a result of my brain issues, I have no idea if ColorStorm is genuine or playing a game. I’m beginning to suspect he doesn’t care if the earth is flat or round or made by fairies on behalf of his god. He has accepted his god exists and is good and right, so nothing else matters.

At this point, many atheists who enjoy online discussions on the topic will argue that faith in science is NOT in any way similar to faith in invisible gods. And yet, I’m inclined to think it is for the majority of the population. Because with brain rot now well set in, there’s no way I will personally be checking any scientific theories, and until the day I’m motivated to do so, I am accepting my understanding of the world on faith in other people’s work. Not too dissimilar from religion.

Except I’m under no obligation to draw any conclusions from my faith in scientific findings. I can be religious or not religious alongside accepting that scientists seek and often find ways to express how our universe exists. I can work out for myself, trusting the findings and consensus of more human experts, along with my own observations and experience, what abortion, same sex attraction and gender roles mean for individual human beings.

Unlike most people involved in religions, I have no rule book to dictate what I believe is ‘right’ or ‘wrong’ in this world. And I believe this is a much healthier way to approach living, regardless of where you place your faith.

← Comment of the month from JZ – social media is the problem
What does Mother Teresa have in common with 25 white men in Alabama? →

33 thoughts on “Faith in science”