the sins of the EU 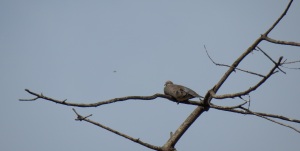 We’re in a state of shock, confusion and horror in the UK. The chattering classes are chattering about how this could have happened, how we can fix it and what form of ignorance led people to vote to leave the EU. But what if we’re underestimating what has happened here? What if those who voted to leave weren’t deceived by campaign lies, weren’t voting based on hateful xenophobia and weren’t simply voting against the government in a fit of pique?

Perhaps some educated people out there have a window into evil sins of the EU that have previously remained unidentified.

I’m happy to say I’ve found at least two such Leave supporters: one who even knows the difference between a xylophone and xenophobia; and someone who has examined the facts in serious detail and has concluded that food banks in the UK only exist because of the EU.

Let’s examine the words of the xylophone expert first.

For the first time ever, I can look at my kids future in this country with a real sense of freedom, hope and opportunity, rather than the dread of knowing that they would most likely be persecuted for their faith under the laws of the politically correct neo-Marxist EU.

Everything I fight hard for can be summed up in the referendum result. Freedom, democracy, common sense. I never dreamed I would see it in my lifetime. WE ARE FREE!!

But I think the best thing is that I know that at least 17 million people feel the same way I do. The sleeping giant has awakened. WE ARE BRITISH! AND BRITAIN IS GREAT! (faithinourfamilies)

It had obviously escaped my attention somewhere along the line that the EU was persecuting people for their faith. Surely freedom of religion is quite protected:

All persons have the right to manifest their religion or belief either individually or in community with others and in public or private in worship, observance, practice and teaching, without fear of intimidation, discrimination, violence or attack. (Council of the European Union)

The only clash I can find between alleged religious freedom and the EU comes in court decisions supporting the rights of gay people. So, I can only conclude that there is concern over the possibility that within Europe, Christians wouldn’t be able to discriminate against homosexuals; while safely within the anti-neo-Marxist confines of the UK, discrimination against gay people will be positively protected in the name of religious freedom.

Because Britain is Great. And that’s important because the god God teaches people to celebrate their own culture and national identity at the expense of others. I think if Jesus was alive today he would be scathing of international political arrangements that bring protections for workers on the lower levels of society and lay out agreed standards for basic human rights.

In 2013 the Red Cross announced they would start distributing food in the UK for the first time since WW2. Food banks have cropped up all over the UK this century. Why? Just. Why. People do not have enough money to buy food. This is the EU of progress. (RoughSeas)

This is a new one on me! I didn’t realise people in the UK had to resort to food banks because of the EU. Unfortunately, Roughseas hasn’t provided any sources for this undoubtedly well-founded conclusion (I’m sure there’s a Daily Mail or Daily Star article out there that she could have linked to).

I can find experts linking to numerous credible sources pointing to delays in current government benefits schemes. Oddly enough, nothing to do with EU. Much like this:

For instance, it’s not uncommon for someone with severe mental health problems to be rejected for Employment and Support Allowance and placed on Jobseeker’s Allowance instead. They are then immediately sanctioned because they are too unwell to meet the job application and training requirements for JSA claimants. “Before, you’d see people who have been without help for a couple of weeks, but now it’s not uncommon for people to go without comfort for months,” Williams said. (New Statesman)

Perhaps after considering all these bloggers have to say on the ‘more informed’ and ‘educated’ side of the Leave campaign, I’ll stick to my prior conclusion that the whole Leave campaign is supported by the small-minded, bigoted lies of people desperate to blame negative aspects of life on something not from the great Great Britain.

(It’s not Great, by the way. It’s just another little country that had a chance to contribute to improving human society by working in co-operation with its neighbours. Let’s see who Little England finds to blame next.)

← not another referendum
hay monsters and gods →