therapeutic perspectives on the trump victory 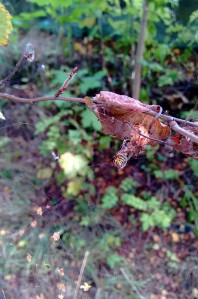 There are a lot of upset people in the world right now. And certainly from many perspectives the election of Donald Trump as the next president of the USA could be described as upsetting.

If you’re a woman, you would be right to be upset that a man who boasts about grabbing your private parts on a whim has been voted into office by your fellow country folk. If you’re a Muslim, you would be right to be upset that you may be denied entry into the USA to visit or join your family there, or simply to have a holiday. If you’re Mexican, you may be upset that the desire to keep people like you out of the USA is so strong that their people supported building a wall to keep them ‘safe’ from you.

In a situation like this, I think it’s useful to ponder more therapeutic perspectives. This is not simply a peculiar victory of arrogance, fear and alienation over compassion, inclusion and human progress. So let’s consider some thoughts to dull the pain and calm the palpitations.

1. We humans are animals whose primary motivation is often fear, and rightly so. Fear of other tribes stealing food, fear of dangerous creatures, fear of change. Fear has served as a useful emotion to get us where we are. Trump latched on to the fear-pumped paranoia of other tribes – Muslim and Latin American hoards of aggressive and uncivilised barbarians, all of whom want to kill or displace the ‘real’ Americans (descendants of aggressive and uncivilised European barbarians, who rightly killed and displaced indigenous populations). Irony is therapeutic, as is acknowledging the base animal traits that drive our decisions.

2. We humans move in predicable cycles. We fear other groups of humans, treat them badly, then eventual recoil in horror at the futility of our negative actions, and step forward once more to embrace inclusion and progress. Hope in the future is therapeutic, as is grasping the cycles of our relatively short history.

3. We humans enjoy entertainment. Politicians are generally not very cool people. They have to have a boredom threshold that confounds joy in living. Trump may well prove to be something a refreshing alternative to the factory-generated politician we’re used to, and his actions in office will be tempered by the restrictions of legislature. He may break the mould and allow a new generation of creative and fresh politicians to emerge. This could actually be useful. Change is therapeutic, as stagnation is often damaging.

If all else fails, put your head in the sand and lose yourself in an escapist box set or 20. And fasten your seat-belts for what may be a bumpy ride.

180 thoughts on “therapeutic perspectives on the trump victory”